2017 is behind us. Fortunately, the great books that made their debut in 2017 are still with us! We thought it would be fun to compile a list of some of the best books for kids that were released this past year. Red Apple Reading invites you to check out these 10 great children’s books from 2017. 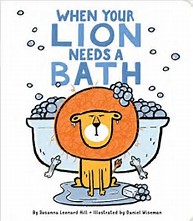 When Your Lion Needs a Bath (Susanna Leonard Hill)
What’s the best way to get your lion in the bathtub? This cute board book explores several hysterical ways one could go about the process! This is sure to produce giggles with the preschool crowd. Ages 2-4 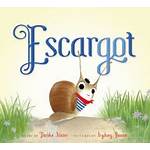 Escargot (Dashka Slater)
Get ready to fall in love with a snail! While Escargot is a tad boastful, he is also delightfully charming. He invites children to join him as he travels to the salad at the end of the book. Along the journey children interact with Escargot and may even convince him to eat the carrot he finds in the long sought after salad! Ages 4-6 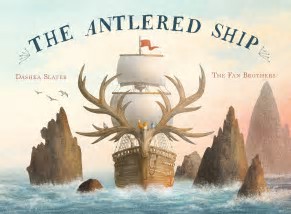 The Antlered Ship (Dashka Slater)
Marco is an inquisitive fox who can’t seem to find the answers to his questions. When an antlered ship arrives in port with its deer and pigeon crew, Marco, hoping to discover answers to his questions, joins them on their journey. While Marco doesn’t find exactly what he’s looking for, he does find something better – friendship. Ages 4-8

Jabari Jumps (Gaia Cornwall)
Jabari has passed his swim test and now he is going to jump off the diving board! This beautifully illustrated picture book captures perfectly the nervousness a child experiences when attempting to do something for the first time, as well as the power of a present and patient parent. Ages 4-8 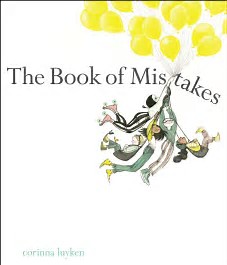 The Book of Mistakes (Corinna Luyken)
Here’s a book that celebrates the creative process and acknowledges that we all are works in progress. What initially looks like a mistake often turns out to be the beginning of a great idea! This look into the artistic process makes for fun encouragement for kids. Ages 4-8 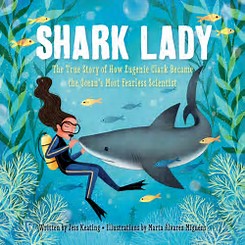 Shark Lady: The True Story of How Eugenie Clark Became the Ocean’s Most Fearless Scientist (Jess Keating)
From the first time she saw them at the aquarium, Eugenie was in love with sharks. Although others thought sharks were frightening and ugly, she believed they were beautiful. Eugenie became a scientist and spent her life studying these amazing creatures and making important discoveries. Kids will enjoy this inspiring biography about the woman known as Shark Lady! Ages 4-8 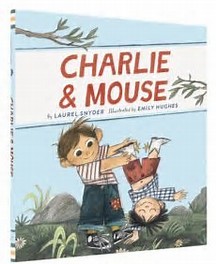 Charlie and Mouse (Laurel Snyder)
This is one fun book with four entertaining stories about two brothers! A great choice for beginning independent readers who aren’t ready for bigger chapter books; this title is sure to be a hit. Ages 4-8 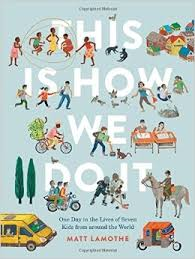 This is How We Do It (Matt Lamothe)
Lamothe takes a look at the lives of seven real children from around the world. How do they play? What do they eat? How do they go to school? Kids will find out the answers to these questions and more when they go on this exciting journey around the world! Ages 4–8 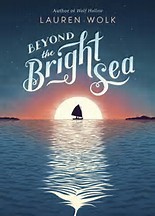 Beyond the Bright Sea (Lauren Wolk)
When she was only hours old, Crow was set adrift in a little boat, then rescued and raised by Osh. Apart from their neighbor Miss Maggie, they live an isolated life on the Elizabeth Islands in Massachusetts. When Crow begins to question her own history, it sets her on a path that leads to discovery and peril. Ages 10 & Up 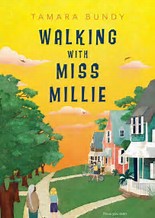 Walking with Miss Millie (Tamara Bundy)
Alice is less than thrilled about moving from her home in Ohio to Georgia. When she begins walking with Miss Millie, her grandmother’s neighbor, a bond is formed between the unlikely pair. This heartwarming work of historical fiction about the friendship between a young white girl and an elderly African-American lady will not soon be forgotten. Ages 10-12 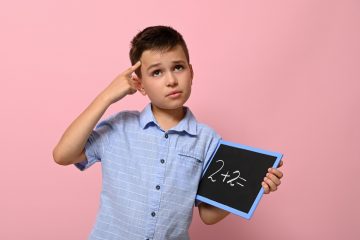 Why Children Struggle with Math & How to Help

Understanding possible reasons why children struggle with math can help improve your chances of helping them. Here's how. 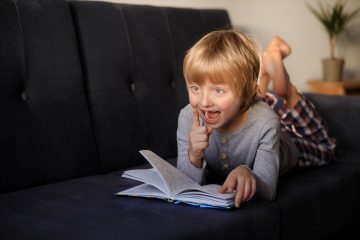 How Reading Can Boost Your Child’s Mental Health

There are plenty of books available to help improve your child's mental health, but here are a few simple ways reading can be a mental health benefit. 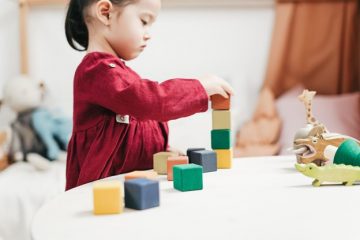 Tips to Strengthen Your Child’s Academic Skills at Home

You are your child's first educator! Here are some great ways to work on your child's academic skills at home and help them reach their full potential.