It’s hard to believe another year has come and gone so quickly! I cannot understand how we are already this far into the 21st century. I know I haven’t entered some sort of time machine that has catapulted me into 2019, but it sure feels like time is flying by at an alarming rate. Speaking of time travel, have you considered introducing your kiddo to science fiction? This exciting genre of literature might just be what makes your child a voracious reader this year. If you’re looking for some good sci-fi reads for your kiddo, check out the following!

This charming story about a boy and his robot will capture the hearts of both parents and children. When a little boy falls asleep, his robot thinks he has malfunctioned. Bot tries all his usual fixes (oil, new battery) to no avail. Fortunately, the Inventor arrives and puts things right. Ages 2-6

This partially true story is based on the space shuttle Endeavor’s mission. Young children will enjoy following Meteor the mouse on his adventure in space.  Find out what happens when this small hero is tasked with the very important job of retrieving a key only he can reach.  Ages 4-8

Jimmy loves Moon Pies, but when his mom won’t allow him to have one prior to dinner, he races to the moon to get his own. Kids will love taking this exciting adventure with Jimmy. Ages 5-8

Girl genius, Max Einstein, has been recruited by a secret organization. Max and a group of other young geniuses will use science to help solve difficult world problems. If your child is a science enthusiast, she will love this new heroine. Ages 8-12

The monster apocalypse has hit the town of Wakefield and Jack is riding out the catastrophe in a tree house. Jack and a couple of other kids unite forces to help rescue a trapped classmate. In addition to inducing giggles, this story also introduces kids to a cast of compelling characters. This is a great read for the upper elementary crowd. Ages 8-12

Roan’s application to Pilot Academy has been denied and he is crushed. When he is unexpectedly invited to attend Jedi Academy he is unsure what to expect. Kids will giggle as they follow Roan through his first year of Jedi Academy in this fun graphic novel. Ages 8-12

If you think being the new kid in school is tough, imagine starting school in outer space. Kelvin Klosmo is attending middle school in an inter-galactic space station and it’s not your typical junior high. Will Kelvin be able to help save the universe from an evil scientist? Ages 8-12

Charlie’s normally sheltered life comes to an abrupt halt when his father is kidnapped. Adventure ensues when Charlie and a few new friends – namely a troll and a couple of aeronauts – seek to rescue him from the sinister human league. Secrets begin to unfold as the chase progresses. Ages 8-12

Middle school can be tricky to navigate. Ellie discovers that this is especially true when your grandfather has managed to find a way to become a teen-aged boy again. Thanks to her adolescent grandfather, Ellie begins to gain an appreciation for science, but also discovers that experiments bring their own set of consequences. Ages 8-12

Ten year old Benjamin Dragon has moved yet again and faces the unsavory task of settling into a new school. Events take an interesting turn for Benjamin when he unexpectedly sends a bully to the hospital without laying a hand on him. Find out what’s in store for Benjamin as he discovers his super powers in this first book of an exciting series. Ages 9-14

We hope you and your child find several good books to dive into this year! Happy New Year from all of us at Red Apple Reading! 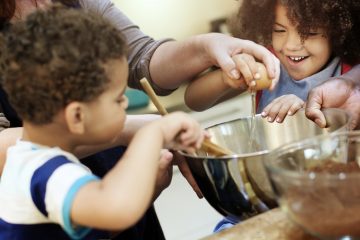 Children’s Books About Food and Nutrition

Nutrition is an important aspect in every stage of a child’s life - what better way to introduce the subject than with books? 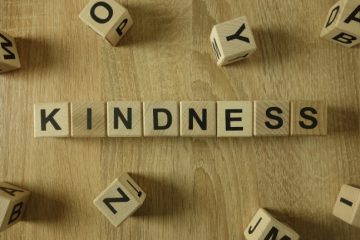 9 Books on Kindness Every First Grader Should Read

Children are never too young to start learning about the importance of kindness, and reading books with them will provide different opportunities for parents and educators to teach them about being kind and sharpen their literacy skills. 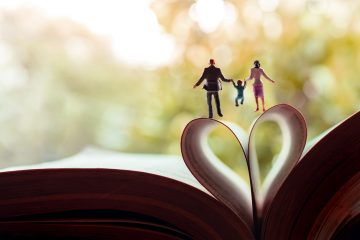 It is never too early (or too late!) to learn about diversity and inclusion, which is why Mattress Advisor has shared an amazing resource of over 50 children’s books that celebrate diversity.